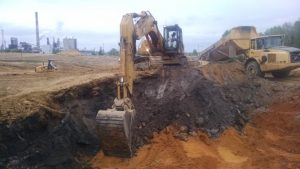 Site Cleanup: Your Goal, Our Goal – HGL has consistently demonstrated its ability to complete effective investigations, design innovative remediation systems, and successfully and safely complete soil and groundwater restoration efforts. Throughout each project, HGL seeks to optimize the design and operation of remediation systems to reduce cleanup times and associated costs.

Performance-Based Remediation (PBR) – Over the past 15 years, HGL has become a PBR industry leader, successfully managing  and executing single- and multiple-installation PBR projects ranging in size from $5 million to $45 million under both RCRA and CERCLA. HGL has completed these projects for Department of Defense clients, including the U.S. Army Corps of Engineers, Army Environmental Command, and Air Force, and it has successfully managed performance risk and liability for them using various remedial technologies. Additionally, HGL has 27 years of experience executing firm fixed price projects with challenging milestone performance schedules. With their extensive experience executing PBR projects, HGL’s staff has developed expertise in negotiating and securing consensus on all aspects of environmental remediation projects from the investigation through closure (end state) phases. HGL’s strong performance on these PBR projects is evidenced by the “Very Good” and “Exceptional” ratings below. 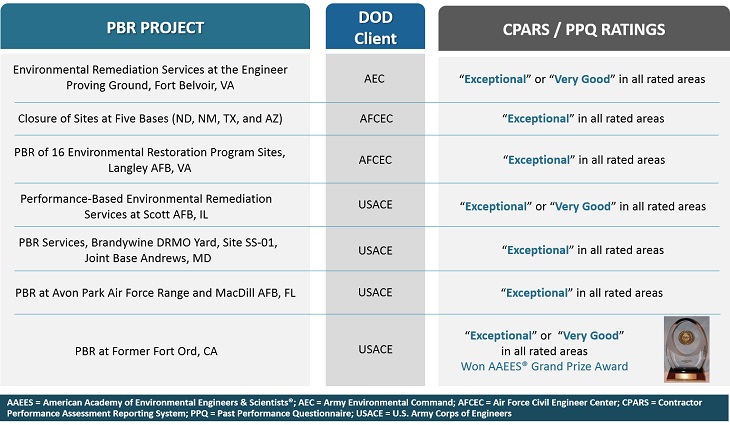 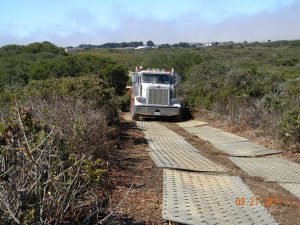 From 2003 through 2017, HGL worked with the U.S. Army Corps of Engineers under multiple contract vehicles and changing regulatory guidance to complete a challenging PBR project at the former Fort Ord. Fire training exercises had resulted in a contaminant plume (Operable Unit [OU]-1) that migrated under the ecologically sensitive Fort Ord Natural Reserve. The project mission was to achieve the cleanup levels for trichloroethylene (TCE) and other volatile organic contaminants identified in the OU-1 Record of Decision (ROD).

HGL developed an Exit Strategy to reach site closure that included attainment monitoring for the ROD contaminants of concern (COCs) and the emerging contaminants perfluorooctane sulfonate (PFOS) and perfluorooctanoic acid (PFOA). After demonstrating that the ROD requirements for the COCs had been met, HGL presented information showing that the existing Institutional Controls, absence of an exposure pathway, and limited PFOA/PFOS extent would provide protectiveness from these contaminants if the OU-1 site was closed. In February 2017, the regulators concurred with the Army’s recommendation to close OU-1. 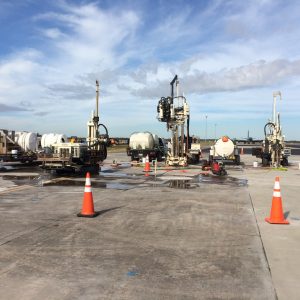 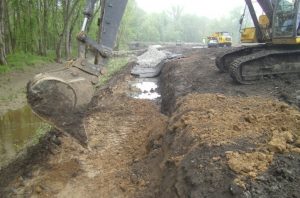 HGL conducted work at Scott Air Force Base with an initial performance objective of achieving remedy in place (RIP) at 20 separate sites. Work included contaminated soil excavation and debris removal at six sites; on-site treatment of lead-contaminated soils; construction of a 36-acre landfill cap with a passive landfill gas venting system; installation of an in situ Submerged Oxygen Curtain (iSOC) to treat POL contamination; and completion of a pilot study for in situ enhanced reductive chlorination to remediate TCE in groundwater. HGL exceeded contract objectives by obtaining RIP or better at all 20 sites, including site closure at 11 sites. 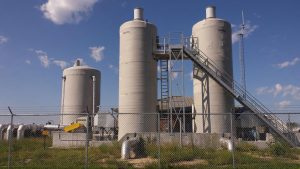 The Blaine Naval Ammunition Depot was a load, assemble, and pack munitions facility during the 1940s and 1950s, and included a main production area and 2,000 storage buildings/bunkers across 48,800 acres. Site contaminants of concern include volatile organic compounds (primarily trichloroethene) and explosives (primarily RDX). HGL has been tasked with the following:

Umiat Test Well No. 9 is located in the Alaskan foothills of the Brooks Range, more than 100 miles from the nearest road system. It is one of 11 petroleum exploration wells drilled by the U.S. Navy between 1945 and 1953 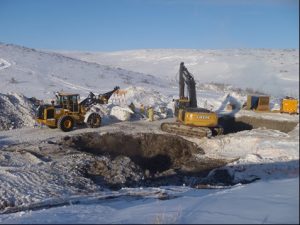 in the Naval Petroleum Reserve No. 4, a remote exploration drill site now known as the National Petroleum Reserve-Alaska. The well was cored with a rotary drill with an oil-based drilling mud that contained polychlorinated biphenyl (PCBs), resulting in the ground surface surrounding the well to become contaminated with PCBs. The U.S. Army Corps of Engineers (USACE) has been conducting cleanup activities at the site since 2009 to remove PCB-contaminated soils around the well.  HGL, under contract to USACE, excavated, transported, and disposed of 2,270 cubic yards of contaminated soil under austere and Arctic winter conditions in an area situated within a fragile tundra ecosystem. 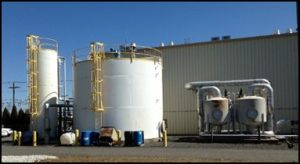