New Challenges: New Solutions – Per- and Polyfluoroalkyl Substances (PFAS)  are chemicals that have not been regulated or investigated historically but, based on some technical evidence, may present a risk to human health or the environment. Recent examples of PFAS compounds are perfluorooctanoic acid (PFOA) and perfluorooctane sulfonate (PFOS), which have been generating particular interest and concern in the United States and abroad. Although the U.S. Environmental Protection Agency (EPA) has established health advisory levels for PFOA and PFOS, and some states are beginning to regulate them, comprehensive federal regulations for these two chemicals and other PFAS compounds have not been promulgated. As a consequence of limited and evolving regulatory requirements, many sites where PFAS compounds have been released have not been well characterized. Limited information exists to determine the extent of these contaminants in the environment, and significant uncertainty remains about the potential health and ecological effects, liability, treatment technologies, and cleanup goals associated with them.

History of Production and Use

PFAS compounds have been produced since the mid-20th century and have been used in the manufacture of numerous items, including textiles and leather products, food packaging, non-stick cookware, stain-resistant carpets and upholstery, paper products, industrial surfactants, and semiconductors. In addition, firefighting materials such as aqueous film forming foams (AFFF) have contained PFAS. These foams have been stored and used for fighting fires and for conducting firefighting training by local fire departments, at hundreds of military installations and civilian airports, and at petroleum and chemical manufacturing facilities throughout the United States. Primary sources of PFAS therefore include industrial areas and fire training/fire response sites. Because PFAS compounds do not degrade or break down in the environment, they are also commonly found in landfill leachate and wastewater treatment plant effluent.

PFOA and PFOS have become a crucial concern to the Department of Defense (DoD), primarily because of the use of the compounds in AFFF, and DoD is committing significant resources to mitigate potential risks associated with the chemicals. According to a report prepared by the Government Accountability Office in October 2017, DoD has restricted use of the current formulation of AFFF and begun to develop a new foam that meets its performance requirements. The National Defense Authorization Act for Fiscal Year 2018 is requiring DoD to report on its progress in developing alternatives to AFFF that do not contain PFOA or PFOS.

According to the Agency for Toxic Substances and Disease Registry, preliminary data suggest that exposures to PFAS are associated with adverse effects on human reproduction and growth, and learning, and behavior in children; high cholesterol; decreased immune response; and elevated risk of cancer. EPA also has found suggestive evidence that PFOA and PFOS may cause cancer.

A fact sheet on PFOA/PFOS prepared by EPA in November 2017 states that most conventional chemical and microbial treatment technologies have not been effective in remediating the compounds. Granular activated carbon, ion exchange resins, and reverse osmosis have been demonstrated to be effective for treating water contaminated with PFOA/PFOS, with granular activated carbon being the most commonly employed treatment technology.

HGL offers proven experience and expertise in investigating and mitigating PFAS compounds. Please click on these links for additional information.

HGL is a prominent leader in modeling groundwater and surface water to visualize and predict contaminant transport, estimate cleanup time frames, and manage water resources. Modeling is a valuable tool that allows designers and engineers to understand the behavior of a dynamic system and support technical and managerial decision-making. HGL’s PlumeSeekerTM technology integrates site investigation data with flow/transport models and high-performance computing to identify the best locations for contaminant plume boundary definition. The technology is particularly relevant for sites in the investigative stage, such as emerging contaminant sites, for newly identified groundwater plumes, or for existing plumes with data gaps. PlumeSeekerTM determines the minimum number and optimal locations of monitoring wells needed to delineate the boundary of a plume and provides a quantitative measure of how well that plume is defined and being monitored. Cost savings realized with optimally chosen monitoring networks can include reduced well installation costs, especially in deep or complex subsurface environments, and reduced monitoring and O&M costs.

To facilitate decision making and communication with stakeholders and regulators, PlumeSeekerTM  is integrated into PFAS-DSS as illustrated.

For sites requiring remedy design, HGL’s Physics-Based Management Optimization (PBMO™) identifies optimal remedial design and operational approaches that lead to timely and cost-effective cleanups and optimal long-term management strategies. PBMO™ links advanced optimization algorithms with environmental modeling and integrates multiple decision variables and constraints into the decision process at a level of detail previously considered impractical. For each site, HGL considers the conceptual site model, the goals of the remedy, available data, remedy performance, protectiveness, cost-effectiveness, and closure strategy. PBMO™ earned the Grand Prize in the Innovative Research category of the 2017 Excellence in Environmental Engineering and Science™ competition. The annual international competition, organized by the American Academy of Environmental Engineers & Scientists®, has been rewarding the best in current environmental engineering and science since 1989. 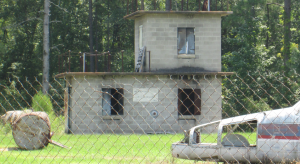 As a prime contractor, HGL has managed and executed many regional/national contracts focused on the assessment and remediation of CERCLA and RCRA sites for federal clients, including EPA, the U.S. Army, the U.S. Air Force,  the U.S. Navy, DOE, NASA, and the Defense Logistics Agency (DLA), as well as for private sector clients. From this experience, HGL recognizes that many PFAS sites have existing information collected to address other forms of contamination at the same or adjacent sites. HGL can then leverage its full-service capabilities to focus its investigation efforts, if needed, to bring the value to understanding and mitigating PFAS impacts.

Throughout each project, HGL seeks to optimize PFAS site characterization as well as the design and operation of remediation systems to reduce cleanup times and associated costs. HGL knows that understanding mass distribution in the subsurface, mass flux from permeable/impermeable units, the effects of subsurface heterogeneity, and matrix diffusion are key drivers for effectively characterizing a site and for delivering a successful remedy. Drawing upon its knowledge and experience and using both innovative treatment technologies and proven methods, HGL develops sustainable remedies that, to the extent possible, allow for beneficial reuse of site property.

HGL completed Preliminary Assessment (PA) activities at 82 DoD installations nationwide where releases of AFFF containing PFAS could have occurred. HGL performed historical research and interviews, visited and inspected the 82 installations, and prepared PA reports that evaluated whether probable releases of PFAS from fire training activities, fire suppression system testing and use, and fire and emergency incident response actions had occurred. HGL is currently supporting Site Inspections and other ongoing PFAS actions at a number of these same installations.