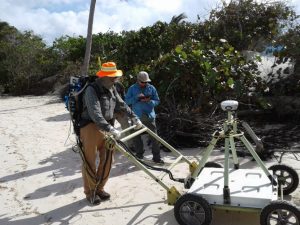 Innovative Approaches: Executed Safely – HGL is a full-service military munitions response (MMR) provider with the capabilities to effectively execute any project, regardless of size or location, from concept through completion. HGL develops technical approaches specific to the unique characteristics of each site to ensure complete coverage of munitions clearance areas. These approaches are implemented in accordance with HGL’s stringent safety program by qualified personnel with expertise in munitions clearance and intrusive investigations. HGL has conducted MMR work at numerous Department of Defense (DoD) and non-DoD facilities, frequently addressing munitions debris (MD) and munitions constituents (MC) concurrently with hazardous, toxic, and radiological waste (HTRW) issues as well as chemical warfare materiel (CWM).

From 2008 through 2014, HGL was tasked with achieving Remedy in Place (RIP)/Response Complete (RC) at sites within the Fort Belvoir EPG, a high-profile BRAC installation, under a performance-based task order from the Army Environmental Command (AEC). The work, which was performed in close coordination with the U.S. Army Corps of Engineers, Baltimore District (CENAB), included completing a munitions clearance, environmental investigations, removal actions, remediation, and long-term management at seven sites that contained MEC, material potentially presenting an explosive hazard (MPPEH), MC, and HTRW-contaminated soil and groundwater.

HGL performed a RCRA Facility Investigation (RFI) followed by CERCLA remedial activities and removal actions to excavate and remove buried wastes and achieve site closure. The schedule for MEC removal was met, and HGL achieved RC at the MEC sites. No further action (NFA) was established as the preferred alternative for the seven sites. 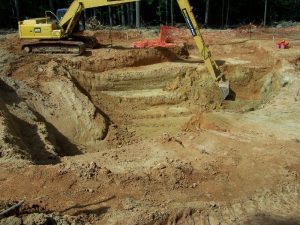 During the removal actions, a large MEC/HTRW disposal pit was identified and required HGL to excavate an approximately 100-square-foot area to a depth of 26 feet. HGL used on-site testing of removed HTRW items to accelerate characterization of the excavated material, allowing for on-time completion of the MEC removal.

HGL continues to work with CENAB to provide environmental remediation services for 26 sites at Fort Belvoir, including the Mine and Booby Trap Area Munitions Response Site (MRS). The performance objectives and requirements to complete RC at this MRS include selecting the remedy by completing the Proposed Plan and Decision Document, implementing a focused MEC/MPPEH removal on 33 acres, and implementing land use controls as outlined in the FS. 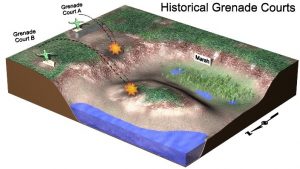 Under a performance-based task order, HGL was tasked with completing an RI/FS, a Proposed Plan, and Decision Documents for four munitions response sites (MRSs) comprising the Eagle Lake Burial Area, grenade courts, and suspected and known rocket/artillery ranges and bomb targets at the former Fort Custer. The 1,500-acre site was used for training from World War I through the Korean War and now consists of industrial and recreational areas. The recreational area receives over 60,000 visitors annually and is used for boating, swimming, and hiking, with more than 25 miles of multiuse trails. 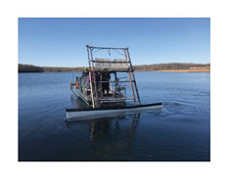 Intrusive results show that Eagle Lake and its eastern bank were mixed-use target areas that received fire from Stokes mortars, hand grenades, and 37mm and 75mm shrapnel projectiles. Target areas were extremely well defined with high confidence for follow-on remedial action phases. HGL reduced immediate risk along the multiuse trails within the target areas by clearing them of munitions, and raised MEC safety awareness by working closely with the volunteers who maintain the trails. 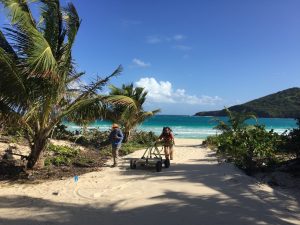 HGL completed a munitions response TCRA at the Flamenco Beach and Campground on Culebra Island, Puerto Rico. Flamenco Beach, which has been rated as one of the Top 10 beaches in the world, was also a munitions response site open to the public. HGL coordinated intrusive activities with local beach/campground authorities and employed AGC techniques to reduce the effect of the TCRA on the tourist-reliant local economy. MetalMapper 2×2 and TEMTADS 2×2 advanced sensors were used for dynamic and cued AGC data collection. By using AGC to positively identify targets of interest in situ, fewer anomalies had to be dug and exclusions zones could be reduced or adjusted based on the munition expected to be encountered. Analog clearance followed by DGM was conducted in areas too anomaly dense for AGC.

Progress on the TCRA was affected by a series of hurricanes. HGL coordinated an emergency evacuation of site personnel in advance of Hurricane Irma, which was followed closely by Hurricane Maria. HGL coordinated remobilization to Culebra in a challenging post-hurricane environment. HGL had to find solutions for working in a cash-only economy and for managing travel logistics, acquiring viable lodging, and obtaining materials in a location where communications were limited to satellite phones and sporadic email access. HGL remobilized within 45 days of the hurricanes, resuming work on the project and providing a needed stimulus to the economy during a period of suspended tourism activity. 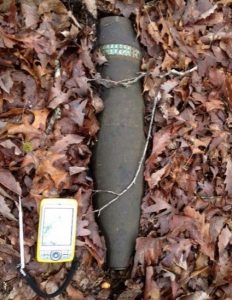 HGL completed a CERCLA RI to characterize the nature and extent of MEC and MC at five munitions response sites (MRSs) within the former Camp Butner, a Formerly Used Defense Site (FUDS). The purpose of the RI was to determine the presence or absence of MEC and MC at each of the MRSs, to define the nature and extent of any identified MEC/MC contamination, and to complete human health and ecological risk assessments. The RI delineated MEC and MC contamination at the MRSs, identified a new MRS, and recommended future remedial actions. HGL used RI-collected field data plus previously collected Engineering Evaluation/Cost Analysis (EE/CA) and removal action data to identify data gaps, update the conceptual site model, evaluate MEC hazards and assess human health and ecological risks, and update the Munitions Response Site Prioritization Protocol and the MEC Hazard Assessment. Activities also included the completion of an FS, a Proposed Plan, and a Decision Document. 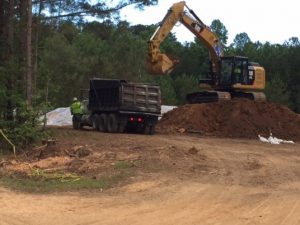 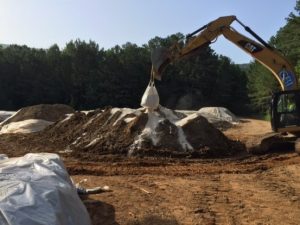 HGL completed soil source removal actions at T-24A, BGRR, CCR, and 81MM. Work included excavation, stabilization, and disposal of over 175,000 tons of soil and sediment. Excavated soil was collected into 300-cubic-yard stockpiles and sampled for lead. Stockpiles in which lead levels exceeded the toxicity characteristic leaching procedure (TCLP) limit were stabilized by being mechanically blended with approximately 12 tons of EnviroBlend®, a commercially available heavy metals stabilizing agent. Stockpiles in which lead did not exceed TCLP limits were transported off site for disposal as nonhazardous special waste. Sites T-24A, CCR, BGRR, and 81MM were restored by backfilling and contouring excavation areas to the surrounding grade, utilizing over 83,000 tons of fill and topsoil.